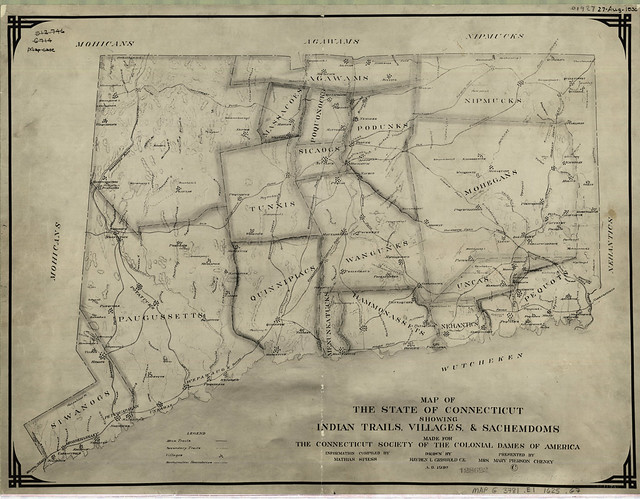 The Connecticut Data Collaborative is the organization that opened data in Connecticut. How they did it is extraordinary.

They’re not a government agency executing an open data executive order, and they’re not a private organization foisting open data on an unreceptive government. Instead, the Connecticut Data Collaborative is a public-private effort created to advance effective planning and decision-making in Connecticut at the state, regional, and local levels, through the use of open and accessible data. It’s a project of the New Connecticut Foundation, a nonprofit organization affiliated with the Connecticut Economic Resource Center.

Several years back, a grassroots coalition of early childhood education and policy experts came together to improve the availability of open data to make informed policy decisions, and hit upon creating a new organization to open up that data and more. After receiving startup funding from the William C. Graustein Memorial Fund in 2009, they received funding from the Connecticut Health and Education Finance authority to expand their data offerings to include all policy areas, build ctdata.org, and work in collaboration with the Urban Institute’s National Center for Charitable Statistics to build a community platform, the Connecticut Nonprofit Strategy Platform. The Coalition has received major funding for its work from the Connecticut Health and Educational Facilities Authority and the State of Connecticut, though additional funding has been provided by a coalition of private foundations and state agencies.

The Collaborative launched their ctdata.org site during a special meeting, held in front the Connecticut General Assembly’s’s appropriations committee. The legislature had never seen data in such an interactive, visual format before, with the ability to look at a map or scatterplot and compare various towns.

Collaborative Executive Director Michelle Riordan-Nold says that the visualizations were much more powerful than raw numbers. Each legislator immediately looked at his own hometown, to see how it ranked in the presented dataset of third grade reading scores. The legislature saw value in the program and gave the group two years of funding. Getting the website launched, and the data curated and loaded, took about a year and a half, with the time lengthened because ot the nascent organization’s lack of full-time staff.

This spring, they hired Riordan-Nold as the collaborative’s first executive director, though she’s been involved with the collaborative since 2012. (She’d previously worked at the Connecticut Economic Resource Center.)

Getting the Collaborative Rolling

The Connecticut Data Collaborative still struggles with getting data out of cash-strapped agencies. Some of the founders of the collaborative were involved in particular policy areas and had relationships with state agencies, working with the agencies to help free up their data.

Helpfully, this spring the governor launched an open data portal, and this has enabled the Collaborative to put greater attention on enhancing the visualization tools and telling the data stories, as opposed to working solely on access to data.

The Connecticut Data Collaborative is redesigning their website. Their current website uses a visualization software tool called Weave to display data. Riordan-Nold points out that although Weave provides sophisticated visualizations, it requires Java, and its analysis can be too complex for the everyday user. Since Riordan-Nold started, she has advocated for providing user-friendly interfaces and improved visualization tools. Because 80% of the Collaborative’s website visitors are laypeople, they need tools that are easy to use. (Although Weave is at least open source.) The collaborative hopes to launch the new site this month.

Another project that the Collaborative is working on involves a partnership with the Institute for Municipal and Regional Policy at Central Connecticut State University. IMRP received a grant to collect all traffic-stop data as part of the Racial Profiling Prohibition Project and will analyze the data to determine if racial profiling is going on. The Collaborative will make the data available on their website.

To help people interpret the provided raw data, the Collaborative will provide interactive visualizations. Also, the state’s police departments need a one-to-two-page printout of data analysis—this will also be provided by the Connecticut Data Collaborative.

“When you think about open data, people sometimes forget about the policy aspect of it. People think about [using data when] starting a business or government transparency—but I would say a lot of our data is more for public policy research. We’re a little different in that sense,” says Riordan-Nold.

Find out more about the Connecticut Data Collaborative on their website.